Chess keeps gaining space in the education system, and once in a while, a new square in this field is conquered. Recently, the Israel Chess Federation and the Ministry of Education in Israel have announced the expansion of the program “Chess for Every Child”, which consists of six special projects aimed at enabling second and third-grade children all over Israel to learn the game of chess during 2021.

The program will be funded by Mifal Hapais, the Israeli lottery organization, which is a “community interest company” whose core purpose is to raise funds from the public through lotteries, for investments in the community and Israel society as a whole. All of Mifal Hapais’s profits are invested in the community through innumerable social projects in education, welfare, community volunteerism, and the promotion of Israeli culture.

“Chess is recognized by the public, heads of government, and senior government officials in Israel as an effective means of improving attention and concentration, developing strategic thinking, competitiveness and the value of victory among youth”, explains the Israel Chess Federation. “Mifal Hapais is investing many resources in this project because it realizes that chess is an excellent tool for developing thinking and improving capabilities among children, among them, patience, success, coping with failure, strategic thinking, the ability to solve problems requiring concentration, creativity, etc.”

This program was funded with approximately €408,000 (NIS 1.6 million) in the 2019-2020 school year. Citing the growing interest of authorities and schools in Israel in the project, Dr. Zvika Barkai, Chairman of the Israel Chess Federation, made a petition to increase this budget. The proposal was accepted by the chairman of Mifal Hapais, Mr. Avigdor Yitzhaki, who decided to increase the budget to €918,000 (NIS 3.6 million) for the 2020-2021 school year. Given the fact that 2020 was a challenging year in the financing of non-healthcare projects, this is a substantial increase.

The program was launched during the 2018-2019 school year, 40 second-grade classes from all the eight primary schools in Kiryat Yam participated in the chess lessons. The number was increased to 205 classes the following school year, 2019-2020, when the project grew and expanded to the third grades as well. In view of the positive results and the enthusiasm of the students, numerous local authorities and school principals praised the project and requested additional hours and lessons. In some cases, they continued the chess lessons at their own expense.

The increased budget will allow the Israel Chess Federation to expand the program to a total of 410 classes, a 100% increase. Mifal Hapais will oversee the implementation of the program, taking the demand into account and giving priority to minority groups and socioeconomically disadvantaged sectors. 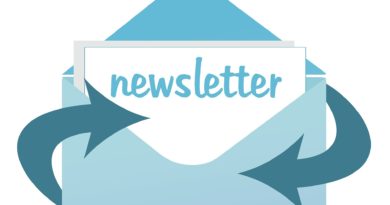