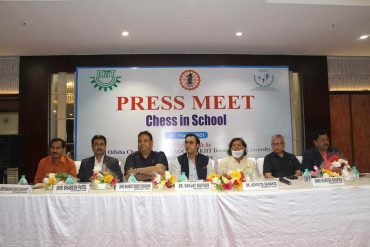 Chess has been a part of the curriculum in several states in India for more than a decade. The first state to do so was Gujarat in 2009-2010 under its Chief Minister Narendra Modi (now Prime Minister of India).

Modi’s inspiration came from Baku, which he visited in 2001, just before becoming Gujarat CM. He learned that children in Baku were smarter than those in many other parts of the former USSR. In 2009 the Gujarat government made chess compulsory in schools in Ahmedabad district, having trained 1200 school teachers the previous year. The program was extended across the state in 2010.

This year, the Kalinga Institute of Industrial Technology (KIIT) and Kalinga Institute of Social Sciences (KISS) in Bhubaneswar, Odisha, announced in a press conference held on March 21, the implementation of chess as part of the curriculum for more than 60,000 students under their educational institutions.

The All India Chess Federation carried the story here: https://aicf.in/kiit-kiss-implement-chess-as-part-of-curriculam-big-boost-for-chess-in-odisha/