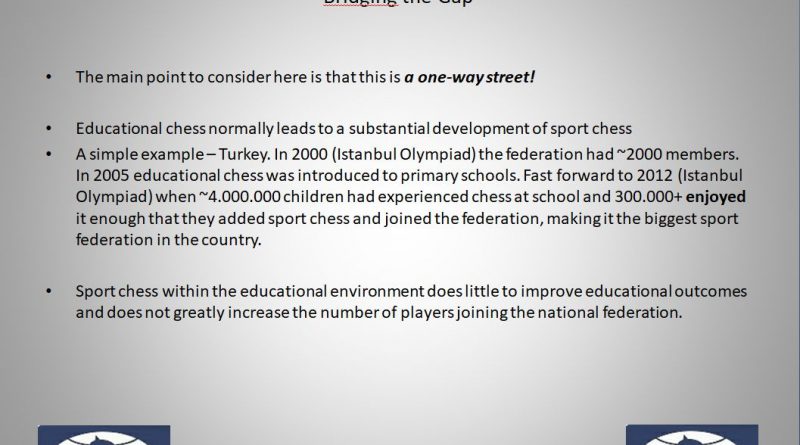 Two different kinds of chess? Yes and no! The chessmen, their moves and the rules of the game are the same but the two kinds are very different!

Many people in the chess world do not understand the difference between the two, after all “chess is chess.” However, there is a very big difference, which is quite well understood by those in the world of education.

A. Educational chess – chess is the tool

B. Sportive chess – the educational environment is the tool

A. Educational chess – chess is the tool

This also applies in various areas of health or where education and health overlap: ADHD, autism, cognitive decline, dementia and Alzheimer’s.

B. Sportive chess – the educational environment is the tool

Here it is the other way round! The educational environment is used as the tool to enable the production of chess players, to develop them and then introduce them to competitive chess, national federation membership and FIDE ratings.

The majority of FIDE’s work, and that of national federations, has always been chess as sport.

C. Putting the two together – a tool for chess development

Educational chess almost inevitably leads to a major growth of sport chess, but it only works this way round! 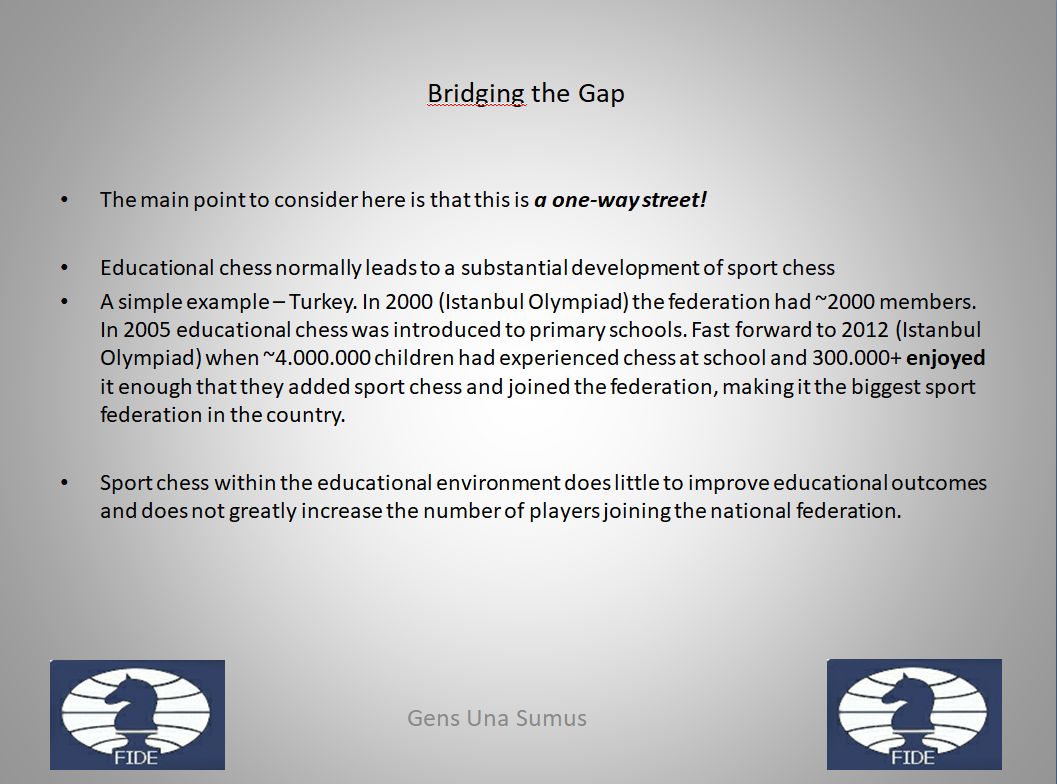 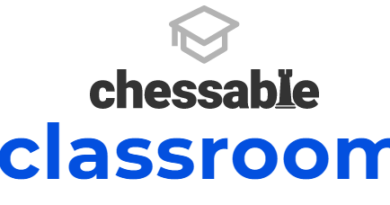